Home/General, Photomarathon/Startlocation 2018: Asisi Panorama at Checkpoint Charlie
The Fotomarathon Berlin welcomes participants on the 20. th anniversary of the fotomarathon in the grandiose panoramic panorama of the wall at checkpoint Charlie. The competition will start there, and there will also be a chance to take a group photo of the participants in the rotunda. We warmly thank the asisi company for the possibility of using this beautiful location.
Living with the wall
The everyday lifestyle in the shadow of the wall describes the wall of yadegar asisi on a grey, in the 1980 s in kreuzberg. It is located in West Berlin near the border crossing of Heinrich-Heine-Straße. Since 1979 Asisi has lived in Berlin and has been in kreuzberg since 1990 He was also a witness of life in old west Berlin as well as in the gdr and Berlin after the fall of 1989.” 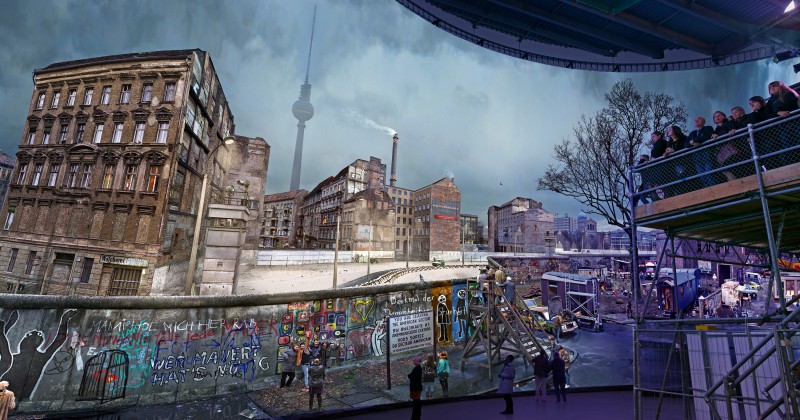